I want to begin by thanking Sean for the opportunity to write this guest article. I came across Sean’s website Startup-Marketing.com many years ago, and to this day I don’t believe another resource has had a larger impact on my career.

Most business owners intuitively understand that PR is important. Before the days of Google Adwords and the internet, the media was one of the few ways for companies to access distribution.

Unfortunately, today PR remains one of the most misunderstood marketing channels. As a former VentureBeat writer, it’s hard for me to listen to the false assumptions that persist to this day.

The aim of this article is to deconstruct the PR process for entrepreneurs, in the hopes that you will be able to better optimize your chances for coverage in the future. If you can understand the process in which journalists write articles, then you will understand exactly what a writer needs and can greatly improve your chances of coverage.

In this article, we’re going to deconstruct the 7 steps of the PR process:

#1: Deciding on your story
#2: Enter the press release
#3: Creating the email
#4: Deconstructing the media industry
#5: The Exclusive
#6: Furthering coverage
#7: Repeating the process

To best help you in this process, I’ll be walking you through my PR recommendations for one of Sean’s ventures, GrowthHackers.com.

Step #1: Deciding on your story

The media is not as confusing as many presume. At its core, publications and journalists look to write about meaningful new announcements. It is important that these announcements be new. As the saying goes, “Nothing is as old as yesterday’s news.”

The majority of stories written, whether on TechCrunch or the Huffington Post, are about story-lines. These stories are meaningful events that are worthy of notation. If you are looking for the story-lines of articles, these are often easy to identify as they tend to be the first line in the article.

As an example, for a VentureBeat article I wrote here, the first line (which is the story announcement), is here:

With PR, a story needs to exist before an article is written. Therefore, if you are looking to coverage, it’s important the you propose a story line to a journalist.

This is important, because not all announcements are press worthy. If you are re-designing your company website, I am sure this will be interesting to some followers of your company, but a TechCrunch journalist will likely not be interested.

If you are wondering which stories are newsworthy, we have a list below. These announcements are effective at generating media coverage:

Once you have chosen an announcement we move to the next step, which is developing the press release.

When a company has a newsworthy announcement, it notifies the media by sending a press release. These press releases are emailed to journalists and publications. Companies can use services such as PRWeb, which distribute these releases across many websites, however writers will rarely look to these for story ideas.

The majority of stories written about originate from press releases. You should also know that editors at the largest publications do read the emails sent, particularly to their “tips” email. I remember at VentureBeat roughly 50% of the story ideas being generated from emails sent to tips@venturebeat.com.

If you are wondering why your company has not been receiving press, you should ask yourself, have you emailed any press releases to the media?

Once you do begin writing these press releases, the challenge becomes that journalists are pitched dozens of stories everyday. If your press release does not stand out from the beginning, chances are that it will not be read. The most important part of a press release, then, is the first line.

The first sentence of any press release should provide a journalist with a clear understanding of why the announcement is important. This is what we call the storyline, and this is where you should discuss your story announcement.

For GrowthHackers.com, here is the story line we recommend:

Please notice that we aim to make the startup’s mission purposeful, however we want to leave some information so journalists will delve farther into the press release for more information.

From this story line, you will develop the remainder of your press release. A standard press release is broken down into the following:

To give you a better idea of this, an example press release for GrowthHackers.com is below. For the below, we wrote the first sentence of each paragraph (the numbers correlate with the information above).

(3) November 7th, 2013 – GrowthHackers.com, founded by Sean Ellis, who had earlier coined the term “Growth Hacker”, announces its launch, aiming to re-imagine the way we learn marketing.

(4) The brainchild of Sean Ellis, GrowthHacking.com seamlessly integrates community-learning through a Reddit-like format, enabling users to uncover the best information on marketing.

(5) When Sean Ellis was first getting involed in startups, he realized much of the information on marketing was not relevant because it focused on companies at later stages.

Once the press release is finished, this will be emailed to a journalist. If you want this email to be read, it should be personalized.

You should also include social proof and presume that a journalist does not know anything about you or your company.

For GrowthHackers.com, we have an example email below for TechCrunch:

My name is Sean Ellis (LinkedIn), I am an entrepreneur based in San Francisco (I was the first marketer for DropBox, Xobni, and LogMeIn). I am writing because I recently read your article on marketing startup XYZ, and I wanted to write on behalf of the startup I co-founded, GrowthHackers. GrowthHackers.com, which was founded by myself (I had earlier coined the term “Growth Hacker”), is launching and aiming to re-imagine the way we learn marketing.

The startup is announcing its launch, and we were wondering if you would be interested in an exclusive for November 7th.

GrowthHackers.com can be considered the “Hacker News of marketing.” Our product seamlessly integrates learning through the community, empowering users to help one another. I thought it may be interesting to you that Increasingly companies are turning to community-models. As an example, venture firm USV in New York recently relaunched their website with community features.

It’s hard for me to emphasize how much we were hoping to be on TechCrunch. I have attached a copy of the press release and am happy to follow up on any information. 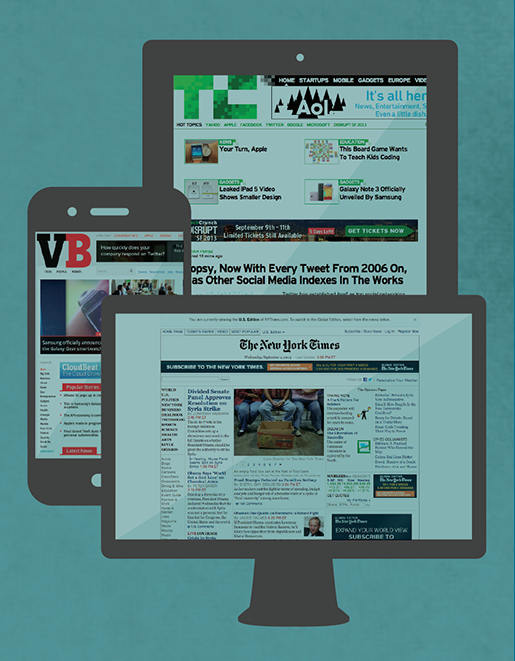 Once you have written the press release and email, it is time to move forward. Before we do this, we need to explain how the media industry operates.

Particularly with new media, the news cycle is all about speed. Publications large and small compete with one another for the opportunity to break stories.

To show an example of this, last year when one of my companies was featured on TechCrunch, I emailed TheNextWeb that day to see if they wanted to write about the announcement. A journalist from the outlet wrote saying that she would have written about the story, but TechCrunch had already covered it and she was no longer interested.

To combat an incident such as this occurring, entrepreneurs implement something called an “embargo”.

In its simplest form, an entrepreneur will reach out to many media channels and will ask, “Are you interested in this announcement? If so, you have to agree that this will not be published before a certain date and time.” If the journalist agrees, the entrepreneur will send all of the information.

This is the embargo, the agreement that no media channel can publish the story before a set time.

The challenge with the above embargo method, is that if you are a TechCrunch journalist receiving hundreds of emails a day, there is little incentive to agree to an embargo.

The strategy I recommend is that an entrepreneur offer an exclusive to a leading publication. For the tech industry, these publications include TechCrunch, Mashable, VentureBeat, GigaOM and a handful of others.

An exclusive means that a particular publication has first right to publish the article. After the article is published, the entrepreneur can wait a short period of time before contacting other media outlets.

The advantages of offering an exclusive are the following:

For GrowthHacker’s launch story, I recommend the startup write to TechCrunch with the exclusive. If TechCrunch is not interested, it could then offer the exclusive to VentureBeat or another publication.

One myth we want to dispel is that entrepreneurs need to be friends with journalists to be covered. This is not true.

I know this is not true because I have tested this by emailing journalists on behalf of myself, on behalf of clients, and on behalf of partners who have no relationship to a journalist. Journalists at these publications appreciate the exclusive, and if you approach media in the right way you will receive responses.

With GrowthHacker.com’s startup launch, the aim is for a TechCrunch journalist to write, as an example, “Hi Sean, we will be publishing the article on Wednesday in the afternoon.”

When the articles comes online, the team should promote the press to friends, investors, partners, and more. They should then email hundreds of other publications to further coverage. There are many media outlets, for example Tech Cocktail, which have large readership bases but are not as recognized as Mashable or VentureBeat.

If you are looking for where to find the emails of these publications, we spent 100 hours creating a free Tech Reporter Contact Database.

It’s important to remember that even if one publication receives an exclusive, the announcement can still be picked up by other publications. As an example, we had a client called Causora featured on TechCrunch here and VentureBeat here. You can see from the articles that the exclusive was given to VentureBeat.

Your startup, if it followed the above steps, should aim to be featured on a number of leading publications, as well as dozens of smaller publications.

Your goal is to repeat this process every 10-12 weeks, or whenever your company has its next announcement.

As an example with GrowthHackers.com, perhaps in 3 months it raises a $100,000 angel round.

It could then launch its next story, which is:

GrowthHackers.com, founded by Sean Ellis, who coined the term “Growth Hacker”, raises $100,000, continues its mission to change the way we learn marketing online.

With this story, it could give the exclusive for the announcement to VentureBeat, Mashable, or another publication.

The above approach is so effective because if you approach the media in this manner, looking to be featured on a top publication every 2-3 months depending on when your company makes an announcement, and then furthering coverage through smaller publications, your company will not be in the top 10% of startups receiving press, it will be in the top 1%.

Many thanks again to Sean for the opportunity to write this guest article. I sincerely hope that the above demystifies the PR process, and that readers will feel more comfortable approaching the media going forward.

I am happy to answer any questions in the comments section below or at conrad (at) brownsteinegusa.com.

Conrad Egusa is the Founder of the marketing firm Brownstein & Egusa, the Co-Owner of Colombia Reports, and the Co-Founder of Espacio. He is currently a mentor at The Founder Institute and he was formerly a writer at VentureBeat. Conrad can be reached at conrad(at)brownsteinegusa.com and can be followed on Twitter here.